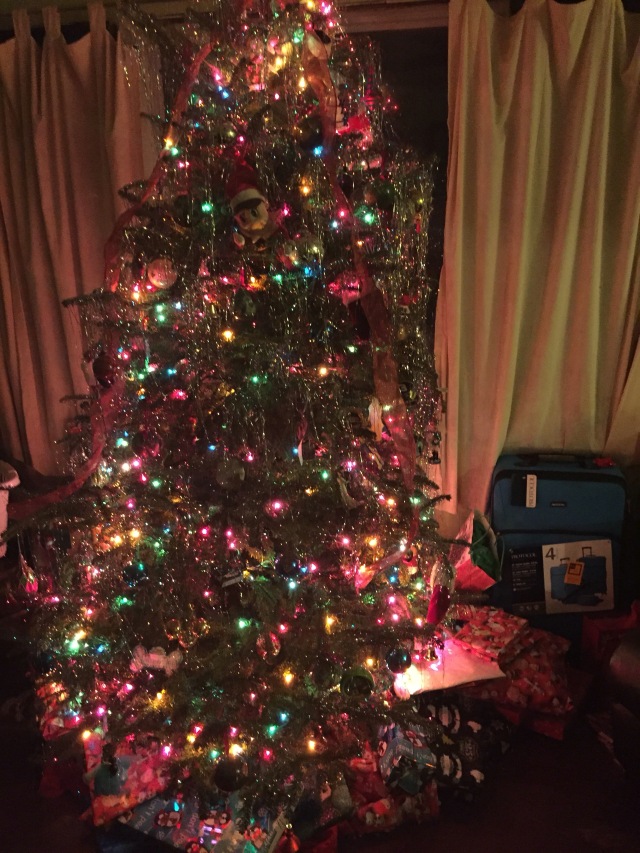 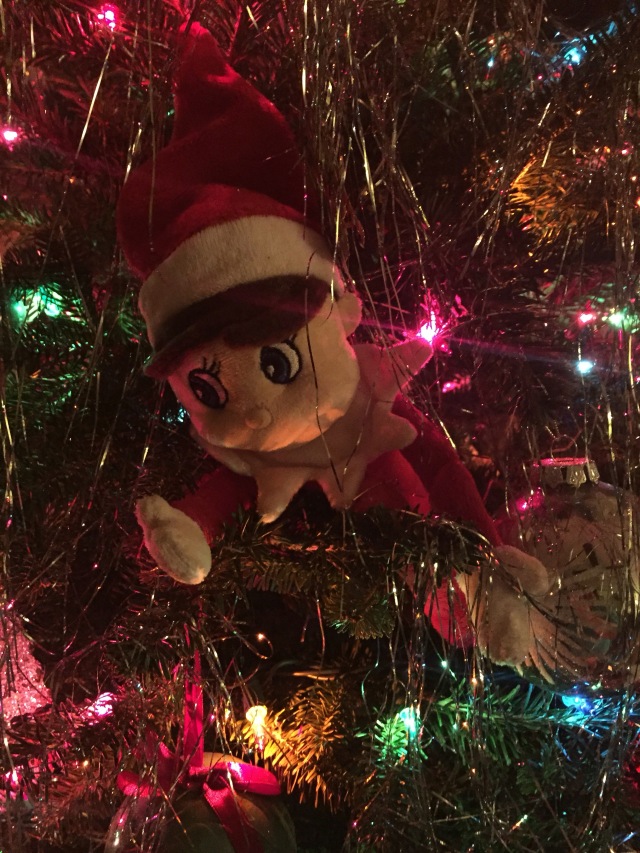 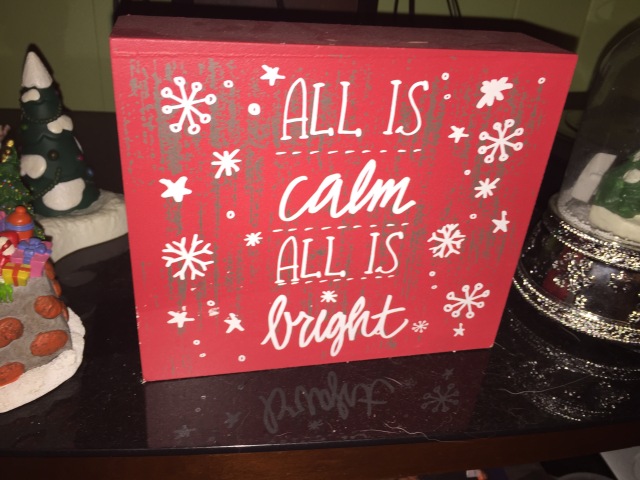 We were able to spend a few hours this morning just relaxing. We watched Christmas cartoons and had breakfast together. Even Jasper lounged around. 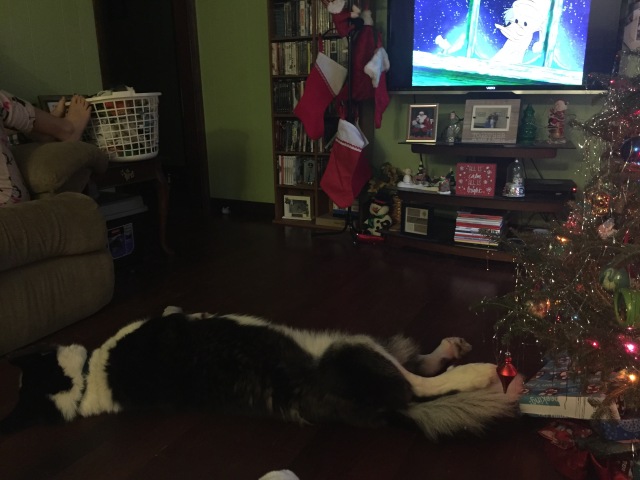 We went and celebrated with one group of our family already.

We came home and baked cookies to leave out for Santa. 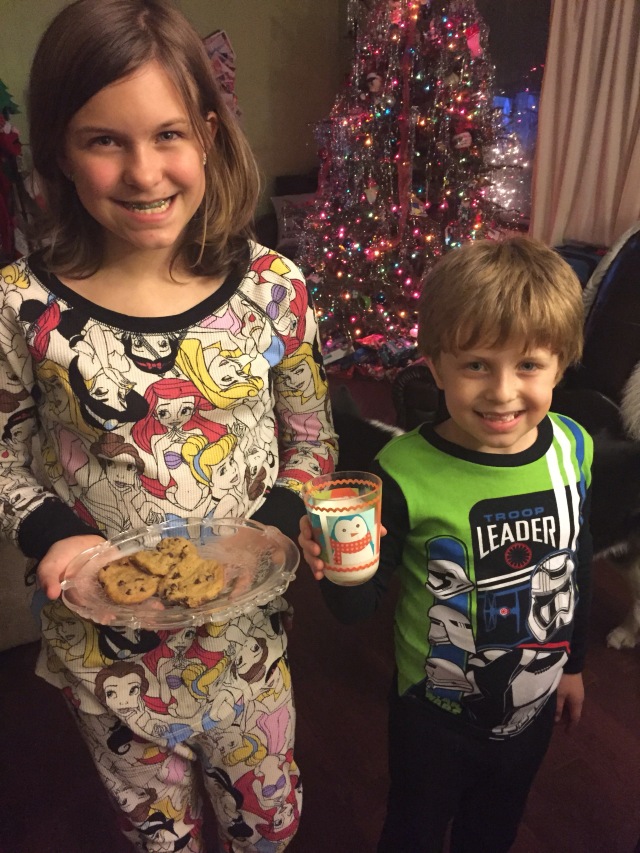 One of the traditions in our family is that everyone gets new pajamas on Christmas Eve. The kids look forward to this every year. My confession is that we started this with a selfish motive. I just know how many photos will be taken on Christmas morning and it is nice to have everyone in pajama sets instead of just random t-shirts and sweats/shorts. 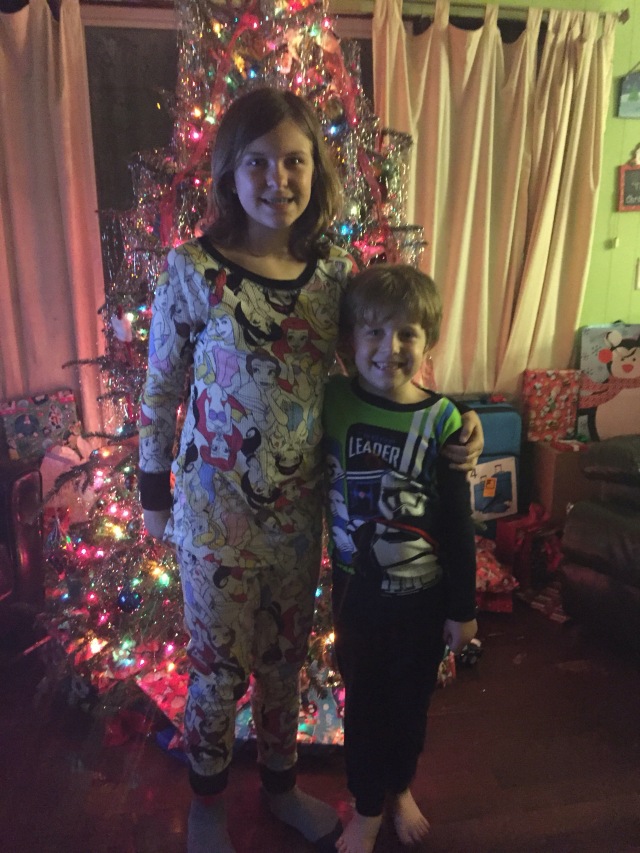 The kids are in bed and will hopefully be falling asleep soon! Everyone is excited for morning to come! Kids at Christmas are the very best!!

Praying for all of our family and friends to have a blessed Christmas season!!
“At that time the Roman emperor, Augustus, decreed that a census should be taken throughout the Roman Empire. (This was the first census taken when Quirinius was governor of Syria.) All returned to their own ancestral towns to register for this census. And because Joseph was a descendant of King David, he had to go to Bethlehem in Judea, David’s ancient home. He traveled there from the village of Nazareth in Galilee. He took with him Mary, his fiancée, who was now obviously pregnant. And while they were there, the time came for her baby to be born. She gave birth to her first child, a son. She wrapped him snugly in strips of cloth and laid him in a manger, because there was no lodging available for them. That night there were shepherds staying in the fields nearby, guarding their flocks of sheep. Suddenly, an angel of the Lord appeared among them, and the radiance of the Lord’s glory surrounded them. They were terrified, but the angel reassured them. “Don’t be afraid!” he said. “I bring you good news that will bring great joy to all people. The Savior—yes, the Messiah, the Lord—has been born today in Bethlehem, the city of David! And you will recognize him by this sign: You will find a baby wrapped snugly in strips of cloth, lying in a manger.” Suddenly, the angel was joined by a vast host of others—the armies of heaven—praising God and saying, “Glory to God in highest heaven, and peace on earth to those with whom God is pleased.” When the angels had returned to heaven, the shepherds said to each other, “Let’s go to Bethlehem! Let’s see this thing that has happened, which the Lord has told us about.” They hurried to the village and found Mary and Joseph. And there was the baby, lying in the manger. After seeing him, the shepherds told everyone what had happened and what the angel had said to them about this child. All who heard the shepherds’ story were astonished, but Mary kept all these things in her heart and thought about them often. The shepherds went back to their flocks, glorifying and praising God for all they had heard and seen. It was just as the angel had told them.”

Hello to anyone taking time form their busy lives to read my blog. I am a wife to an amazing man, who I am blessed to serve alongside in youth ministry. I am mommy to two amazing kids who I am privileged to be able to homeschool. This blog is out of my comfort zone and certainly me trying to be obedient to Christ. I love Him more than I care about my own comfort or awkwardness. Hopefully, this blog is honest, real, and transparent. I'm not a big fan of fake. The Lord is using it to bring growth to me...and I pray that in the process something about my crazy beautiful life might also encourage others.
View all posts by jfulford01 →
This entry was posted in Uncategorized. Bookmark the permalink.