A Rainy Day in Florida

One of the Christmas gifts that we gave our kids this year was a trip to Legoland. Our kids are both very much into Legos at the moment. VERY. MUCH. On some of the Lego set boxes, there is a code printed to give you a free child’s admission with a paid adult admission. This deal is what sparked the whole thought to begin with. We printed out a page that had the colorful logo on it, folded it up, and then tucked it into one of the mini stockings that we have hanging on our tree. We waited until all of the gifts were opened and the stockings had been gone through. The kids thought that they had received all of their gifts and were very happy & excited. I called Gary over to me and just whispered in his ear that there was still one more surprise. I told him to go look in the stocking that I was pointing to. Allie was about to burst to find out what I was whispering to him and pointing at. When he pulled a piece of paper out, she was hovering over his shoulder waiting to see what was inside. When he unfolded it and they could see that logo, it was pure excitement. They were both ecstatic Gary was smiling so big and Allie kept asking us if we were for real. We knew that to have it count as a Christmas gift, we wanted to have it happen sometime in January. We went this past weekend.

We were set to go into the park on Friday. We saw the weather was calling for rain …I’m talking like 100% for most of the day. We prayed. We didn’t want them to miss out and especially for Gary… we did not want him to be disappointed in only getting a half day or less. We woke up that morning and it was pouring.We were so blessed that when we called Legoland to switch out tickets to Saturday, they did not make us pay the $20 per ticket rebooking fee. We had already received some rainy day suggestions from some friends, and were trying to decide what to do. Legoland was the main attraction of this trip, and so we did not want to spend a whole lot of money before even going to the park. So, we were basically looking for something fun, indoors, and cheap. We had already visited Disney Springs on Thursday in between our arrival time and check in time, and that is usually our go-to for any free time in Orlando.
We ended up having the best day. Given the fact that it poured down rain until almost 1PM, we had an excellent day. We drove to Magic Kingdom Parking and parked our car there. We boarded the monorail and rode the loop that took us through Epcot and when everyone else got off to go into the park, we just stayed on and rode it back. 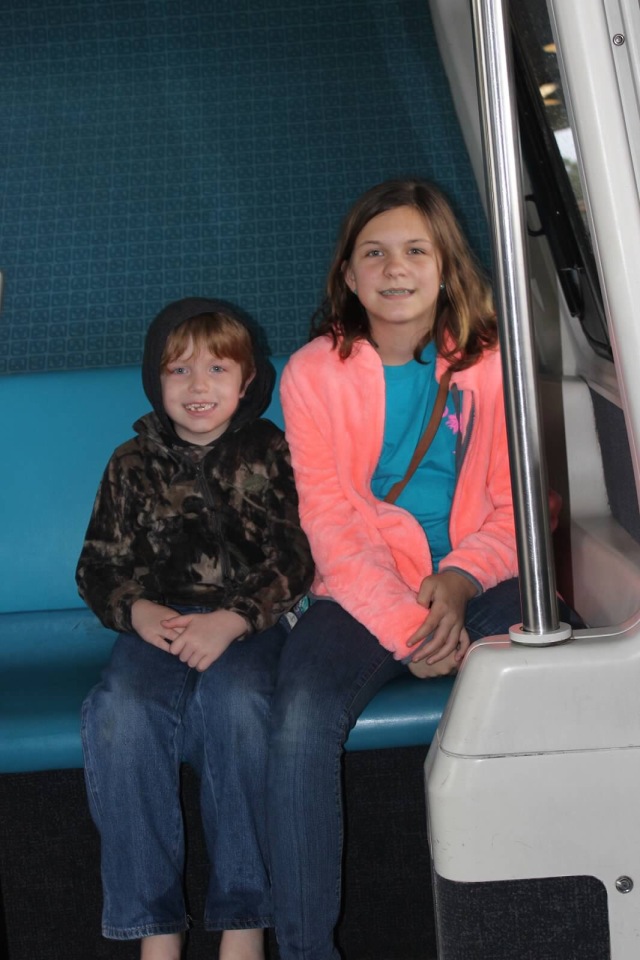 Once we arrived back, we took the ferry over to Magic Kingdom for a glimpse at the castle (which made this Disney-loving girl’s heart happy). 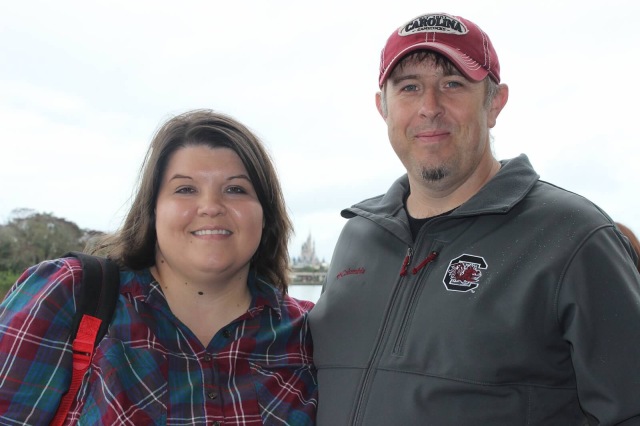 Next we jumped on the Disney bus and rode over to the boardwalk (this area connects to Epcot). We had never actually been here before. 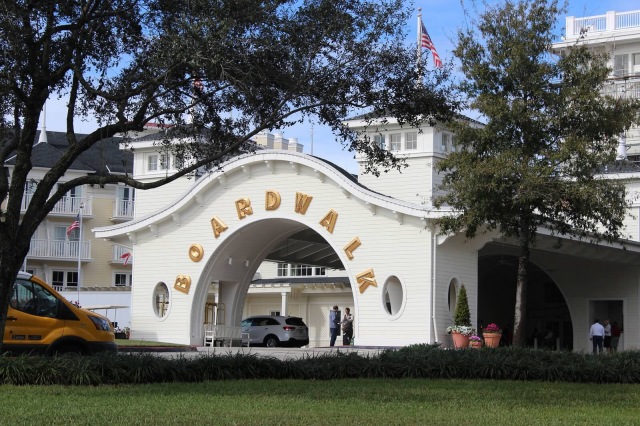 It was a cute little area with shops and restaurants. It was designed to resemble a “1930’s Atlantic Seaside Resort”. The weather was beautiful and sunny by the time we got here. It was nice to take in and explore a completely new area. 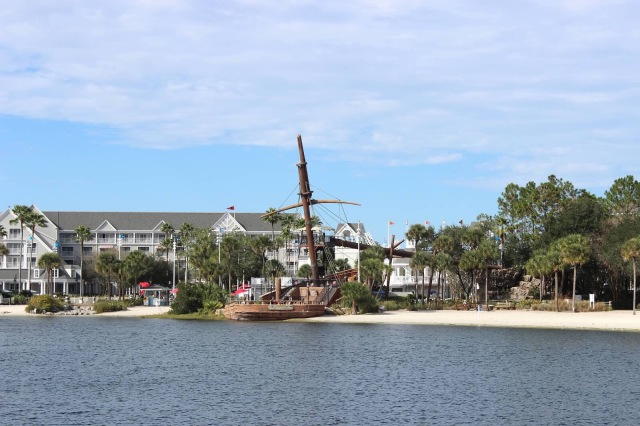 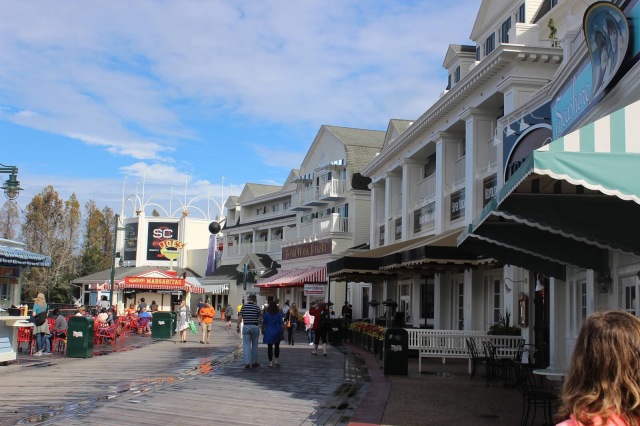 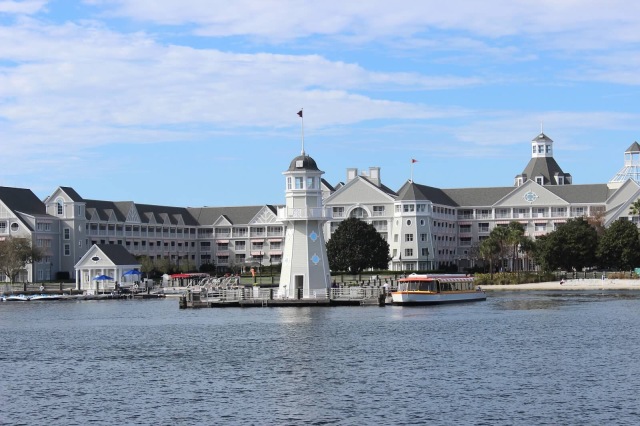 We ate lunch at the ESPN cafe while we were there. 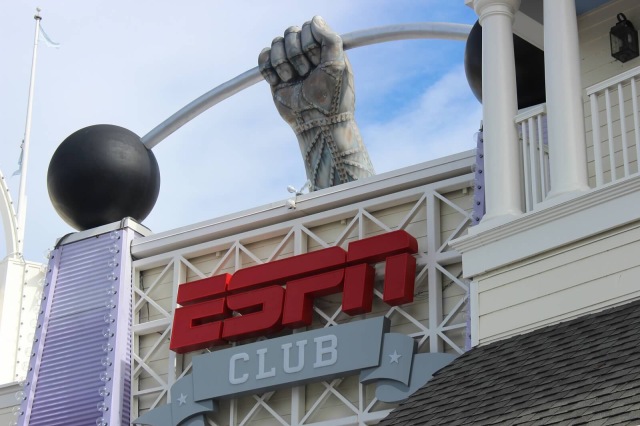 We even spotted a couple that had just been married heading in to their reception.

All of this exploring had taken up the majority of the day. We  took the bus and then the ferry to get back to our car,and we made on more stop before going back to our hotel and relaxing for about an hour and a half.

We drove over to the Animal Kingdom Lodge and spent about an hour looking around the lobby and viewing the animals outside.

This is a place that I have always wanted to stay, so I was excited to get to finally check it out. We were also lucky that the animals were so active. We were able to basically stand in one spot and see the zebras, giraffes, and a couple others. 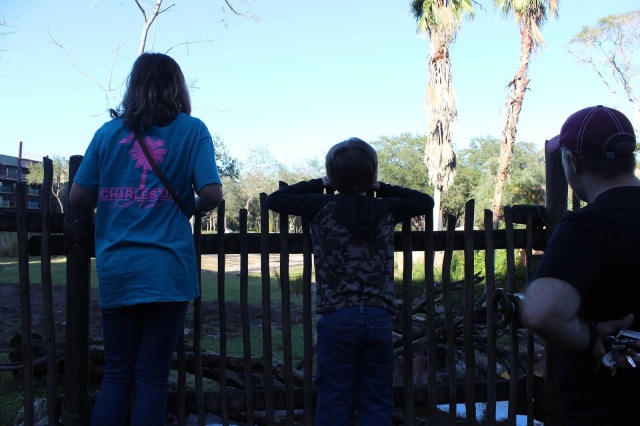 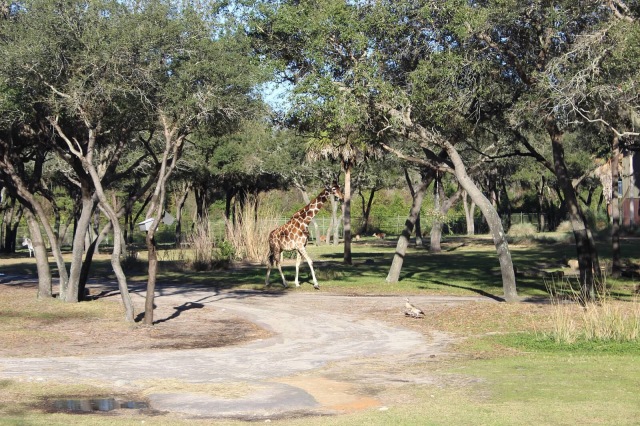 We had a full day of fun for the $20 parking fee. You can’t beat that!
We had already had this planned for the evening of our free day, but it worked out perfectly given our Disney themed day! 🙂 We drove over to Fort Wilderness  to be at the Chip and Dale Campfire Sing-a-long. It was great! 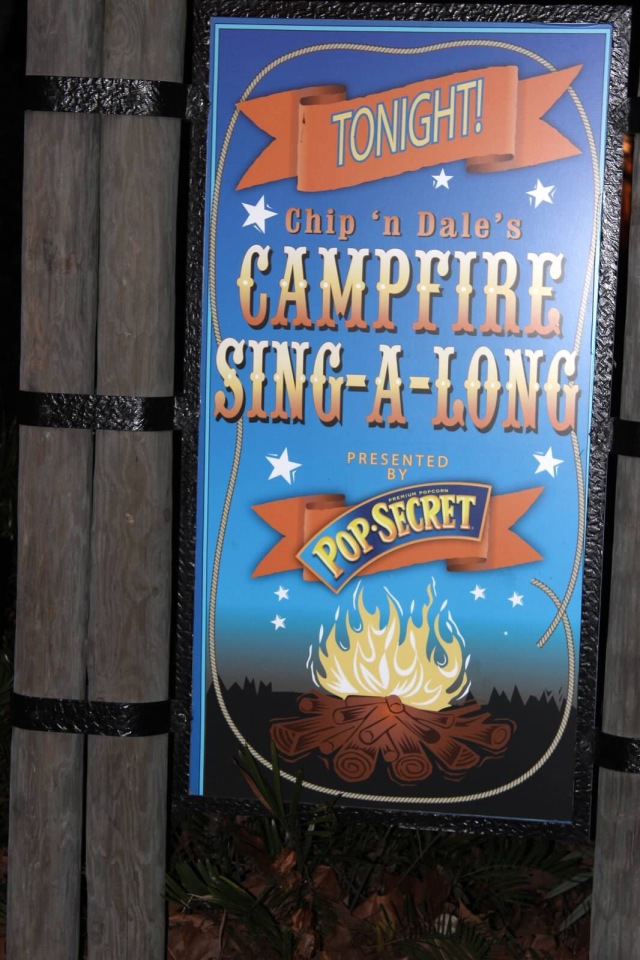 There was a fire going and a guy leading the crowd in campfire songs. Families were roasting marshmallows around the fire. Chip and Dale made their way around the crowd for pictures in between singing and dancing. After they left, they showed Inside Out on a big screen. The kids loved it.

The perfect ending was that we became a little turned around when we were leaving, because of some road work. We ended up basically driving right under the huge fireworks! Thank you Disney magic for not disappointing even though we didn’t even have a ticket!! 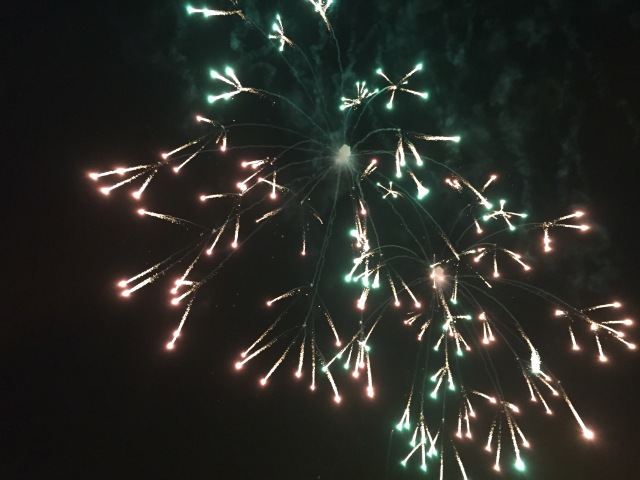 The day started out pretty blah and ended being kind of perfect.

Hello to anyone taking time form their busy lives to read my blog. I am a wife to an amazing man, who I am blessed to serve alongside in youth ministry. I am mommy to two amazing kids who I am privileged to be able to homeschool. This blog is out of my comfort zone and certainly me trying to be obedient to Christ. I love Him more than I care about my own comfort or awkwardness. Hopefully, this blog is honest, real, and transparent. I'm not a big fan of fake. The Lord is using it to bring growth to me...and I pray that in the process something about my crazy beautiful life might also encourage others.
View all posts by jfulford01 →
This entry was posted in Uncategorized. Bookmark the permalink.